EDTA used in various forms of chelation is one of the few viable discoveries to actually clean out clogged arteries. Combining a proper “anti-inflammatory” diet with edta would seem to be one of the best and safest ways available for reversing atherosclerosis and the resulting clogged arteries without using much more toxic drug therapies or dangerous surgeries.

Clogged arteries are big business so don’t expect a “cure” anytime soon. In fact, I feel very safe in predicting that you’ll never see a “cure” for any cash cow disease (heart disease, cancer, diabetes, arthritis, etc). You can walk, run, and beg for cures. You can give to organizations that pretend to fight for cures when in fact most of those organizations are merely cash collection portals for big pharma (do your research). They use the money to fund their toxic pills. The more you give, the richer they get!

The Benefits Of EDTA Chelation

1 – The first benefit I can personally think of is that EDTA cleans the whole cardiovascular system not simply a small section of artery as is done with angioplasty and bypass surgery. This alone should be a large enough benefit to make anyone go hmmmmmmmm. How much better do you think you might feel if your blood is flowing freely throughout your entire system?

What Are The “Cons?”

The biggest drawback I can think of is oral EDTA chelation is not fast. It is slow. It takes some time to work. So oral EDTA is NOT something you do for 30 days and all of a sudden feel like you are twenty again. It may take 6 months of daily usage to achieve any recognizable progress. If you are in a big hurry IV chelation may be a better choice or the two in combination, supplementing IV chelation with oral chelation.

Doctors always point out the worst EXCEPT when it bolsters their income. 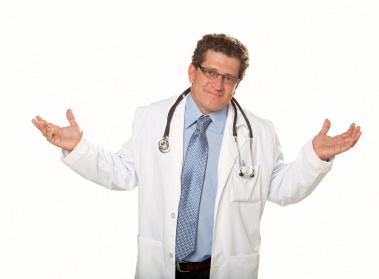 In the case of a the newest study on IV chelation they were quick to point out that three people died due to hypocalcemia (low blood levels of calcium). None of those doctors point out how many people die from the toxic drugs they prescribe daily (290 die daily, about 106,000 per year in the U.S.A.).

“I’m fearful that patients will hear the sales pitch for this treatment and, not being well-versed in medicine, will succumb to the seduction of this therapy,” said Nissen, adding that chelation might sound more appealing than an invasive procedure like bypass surgery.

Dr. Kimball Atwood agrees. In an article about the chelation trial, Atwood and his colleagues labeled the $30 million study funded at taxpayer expense by the federal National Institutes of Health “unethical, dangerous, pointless, and wasteful” and called for it to be abandoned.

These guys are almost laughable! They are deathly afraid of any study of EDTA for plaque removal that isn’t “rigged to fail” which the last one wasn’t because it was “privately funded” by people who did NOT have an interest in killing the protocol. So results were achieved! This scares the hell out of doctors who could lose their incomes from bypass, angioplasty and drug kickbacks. Yeah so … 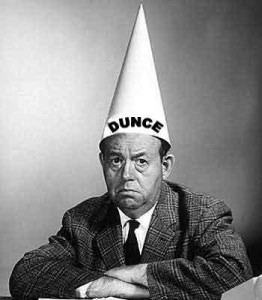 WHO would choose a painful, expensive, invasive surgical procedure such as bypass and risk the chance of dying on the table (5%) or within a couple weeks after when they could sit in a comfy chair for 31/2 to 4 hours twice a week, read a book or chat with friends while having their whole cardiovascular system cleansed of plaque for around $3000 for 20 – 25 infusions of EDTA?

DUH! Ok, I’m stupid. I wanna pay more, risk death and have my chest sliced open with a saw and then spread apart like a slab of beef so you can earn a huge surgical fee while never really fixing the WHOLE problem! Yes please, count me in – said nobody ever. 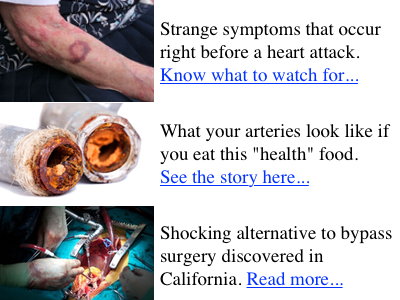 Grape seed extract lowers blood pressure and this is great news for those who wish to lower moderately high blood pressure without toxic heart drugs. UC Davis Study This is the exact grape seed used in the study at UC Davis ...

error: Content is protected !!
We use cookies to ensure that we give you the best experience on our website. If you continue to use this site we will assume that you are happy and ok with it.OkNo
Revoke cookies