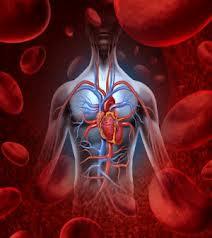 IF you are searching for information about atherosclerosis, what it is, why it is something to avoid or if you have been diagnosed with it HOW you can get rid of it you have found the right page and right site. So grab a cup of coffee, get comfortable and invest some time learning about how you can remove atherosclerosis and feel good again.

Atherosclerosis (ath”er-o-skleh-RO’sis) comes from the Greek words athero (meaning gruel or paste) and sclerosis (hardness). It’s the name of a process in which deposits of fatty substances, cholesterol, cellular waste products, calcium and other substances build up inside the inner lining of an artery. These deposits are known as arterial plaque. This arterial plaque clogs arteries and can decrease even stop blood flow.

Atherosclerosis, often called hardening of the arteries, is an insidious form of heart disease that sneaks up on its victim like a thief in the night with a large majority of people never realizing they have it until it’s to late. In fact, the first sign that you have atherosclerosis may be a stroke or heart attack.

Atherosclerosis is showing up in the western hemisphere populations at an early age. Due to the western diet which lacks good nutrition and fiber, lack of exercise and the growing rate of obesity it is no longer uncommon to find 20 and 30 something’s with atherosclerosis, even a first heart attack or stroke.

If you are 30 + it may definitely be a good idea to start paying attention to your long-term health by learning more about atherosclerosis and what you can do now to either prevent it or reverse heart disease should you already have it. 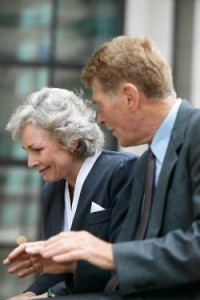 WHY Be Concerned About Arterial Plaque?

Atherosclerosis causes serious complications and arterial plaque often enlarges to the point it begins to curb or even stop blood flow to cellular tissue. This can present in several areas with each creating its own set of unique complications some of which may overlap because in many instances atherosclerosis presents in more than one location at the same time.

When plaque builds up and narrows coronary arteries it can cause hypertension (high blood pressure), chest pain, heart arrhythmia, heart attack, heart failure and disability or death. Coronary artery disease is the complication of atherosclerosis that ends the most lives.

Strokes and mini-strokes (TIA’s) occur when the build up of plaque narrows or clogs an artery such as the carotid artery found on both sides of the neck or one of the smaller arteries within the brain itself. TIA’s (transient ischemic attacks) or what many people refer to as “mini-strokes” which in reality are actually strokes that resolve rapidly on their own with resolution of symptoms in minutes and return to almost complete functionality within 24 hours. TIA’s are associated with dementia due to small amounts of damage but are also signs of what is to come.

When atherosclerosis occurs in the legs or torso it is known as peripheral artery disease or PAD. If a renal artery (kidney) becomes blocked it could damage your kidney(s) to the point you suffer heart failure, need dialysis to survive or both. PAD can also create blood clots that travel when they break off. If one travels to a coronary artery and blocks it you have a heart attack. When one travels to the brain you of course have a stroke. Artery blockage in your legs can also cause a form of gangrene and you could lose toes, a foot even a limb or two.

Vulnerable Plaque is the most deadly form of atherosclerotic plaque. When the plaque build up from atherosclerosis occurs as vulnerable plaque, which means it does not harden, it can easily rupture causing immediate blockage of an artery in the heart or brain which of course could result in serious disability or death. This type of plaque amounts to approximately 20% of plaque accumulating in diseased arteries yet it is responsible for up to 80% of heart attacks.

I would hope you can now understand why you should be concerned about atherosclerosis. It is a form of heart disease that is preventable and if you have it, there is good news, atherosclerosis can be reversed. 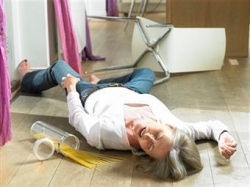 Heart Disease is the # 1 Killer of both men and women. Coronary Artery Disease caused by atherosclerosis (clogged arteries) is the form of heart disease that claims the most lives.

I’ll wager you thought breast cancer was a woman’s worst enemy didn’t you?

The # 1 killer of women is heart disease. 1 of every 2 women will die from some form of heart disease – 50%! Heart disease is no longer a ‘mans disease.’ Heart disease has become an equal opportunity killer and atherosclerosis is the major enemy.

While the exact cause of atherosclerosis remains controversial, many researchers believe that the build-up of arterial plaque begins when the innermost layer (endothelium or intima) of the artery becomes damaged by free radical attack (oxidation) and associated inflammation. Either as the body’s attempt to repair this damage, or simply because they become trapped, substances such as: LDL and vLDL cholesterol, fibrin, calcium and other metals collect at the site of damage forming a plaque that narrows the affected artery opening.

Arteries carry blood rich in oxygen and nutrients to the tissues of the body, providing the fuel needed by the cells to function properly and repair effectively. When the arteries narrow, such as is the case with atherosclerosis, fewer nutrients and oxygen will be delivered to the tissues associated with those narrowed arteries. Lowered nutrient and oxygen supply leads to progressive cell death and loss of tissue function.

What Are The Symptoms Of Clogged Arteries?

The specific symptom of atherosclerosis depend on what arteries are affected with plaque, restricting blood flow. Atherosclerosis causes heart attack and stroke and when it presents in the torso, legs for example, can even cause a form of gangrene. Thousands upon thousands of people become disabled or die each year. The REAL sadness comes from the fact that many of the heart attacks, strokes, organ failures and limb amputations could have been prevented. But…

Unfortunately a lot of people don’t listen to their own body’s warning signals and so the first sign of danger or symptom they recognize is a heart attack or stroke and then it may be too late. They pay more attention to their car and the signals it may give to warn of impending problems than they do their own body. Learn to listen to what your body is telling you because it’s extremely important and could save your life.

When arteries to the brain are affected, symptoms of atherosclerosis include:

When arteries to the heart are affected, Coronary Artery Disease, symptoms of atherosclerosis include:

When arteries to the arms or legs are affected, Peripheral Arterial Disease, symptoms of atherosclerosis include:

If you have any of these warning signs see your doctor, NOW! Make sure he or she takes you seriously and have them do a complete work up including a chest exray, thallium treadmill and echocardiogram if you are experiencing even slight chest pain.

This next video explains in detail how plaque forms inside the arteries.

One way to protect yourself from nasty complications such as heart attack, stroke, leg ulceration and gangrene is to simply learn about reversing atherosclerosis. In other words HOW to reverse it or clean out your clogged arteries. Artery disease is preventable and that means it is also reversible when you take the appropriate steps. Learn how to clean out your arteries.