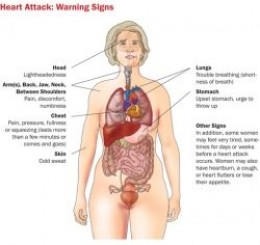 Early heart attack symptoms in women, those that may occur up to 45 days before an impending heart attack, are often ignored by women themselves or by their attending physician when the women seek help.

I want to talk about early heart attack symptoms in women that may be critical signs of impending heart attack that have been experienced by a large number of women prior to their cardiovascular event.

What I’m about to relate to you is information gathered by the most comprehensive study to date on the subject of early heart attack symptoms in women and was reported in Circulation: Journal of the American Heart Association.

If you are female pay close attention because this information about early heart attack symptoms in women may save your life. If you are male take heed as well so that you can recognize these eminent heart attack signals the women in your life might overlook. 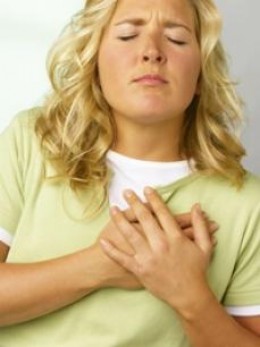 The study consisted of 515 women, recruited by researchers, who had all experienced a diagnosed heart attack within four to six months of the study start date.

The women were 66 years of age on average and resided in Arkansas, North Carolina and Ohio. Most, 93 percent, were Caucasian. 6.2% were African-American and 0.4% were Native American. The collection of data occurred during a 3 year period.

To accurately record the symptoms that may indicate an impending heart attack researchers relied upon a telephone survey questionnaire created by Dr. McSweeney and colleagues, known as the McSweeney Acute and Prodromal Myocardial Infarction Symptom Survey (MAPMISS).

Prodromal (medical term for early) signs were defined as either brand new symptoms, symptoms changing in intensity or frequency and or any intermittent symptoms the women experienced prior to their heart attack; with the symptoms either resolving or returning to previous levels after the cardiac event.

Acute symptoms on the other hand were defined as those presenting with heart attack and not resolving until the women received successful treatment.

The survey included additional questions regarding any other health conditions, risk factors, medications and demographics. 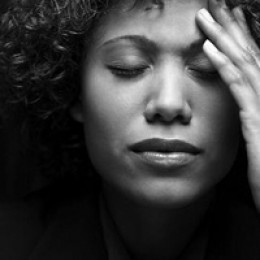 Common sense led the researchers to believe that the symptoms the women experienced prior were in fact related to the following heart attack.

The most common early symptoms were:

A smaller portion of the women, 30 percent, indicated experiencing chest discomfort; describing that chest discomfort as an aching, tightness or pressure but not as pain.

In previous research conducted by Dr. McSweeny it was found that women who later reported various symptoms occurring prior to their heart attack either ignored those signs or were misdiagnosed when they obtained medical counsel.

Dr. McSweeny believes health care providers need to be much more aware of the symptoms women experience and while the early symptoms may not be all-inclusive or completely undeniable evidence in predicting an impending heart attack those common early signs together with cardiovascular risk factors should help providers target those women who should receive more in-depth diagnostic testing.

Chest Pain – Not a Significant Symptom? 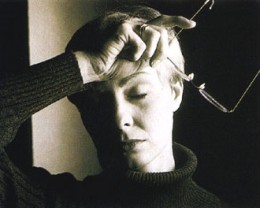 This valuable piece of the information puzzle may indicate that chest pain is not necessarily a significant symptom in women who present with heart attack and could be a major factor contributing to unrecognized and misdiagnosed heart attacks in women because many doctors may still consider chest pain as the primary symptom of heart attack.

What were the acute symptoms that women revealed experiencing during their heart attack? The list may surprise you. They were:

If you experience any or a combination of the above heart attack symptoms don’t wait, call 9-1-1 immediately. The sooner you are able to receive medical care the better your chances of recovery.

According to the American Heart Association, heart disease and stroke are the leading causes of death seen in women residing in the United States with 45 percent of female deaths due to cardiovascular disease. Death rate among black women is 69 percent higher than white women.

Cardiovascular disease is much more deadly for women than breast cancer with future forecast estimates claiming death by heart attack or stroke at 50 percent (one in two) whereas breast cancer will only claim one in 25.

There are some possible discrepancies within the study. Since the study was consisted mostly of Caucasian women early warning and/or acute symptoms may vary or differ between races and that is being evaluated via another study of minority women. And …

There was not a control group of women without diagnosed heart disease and so it is impossible to determine how many undiagnosed women may experience identical or similar early signs; However, common sense should indicate that the probability is quite high and that the above early and acute symptoms of heart attack should never be ignored. 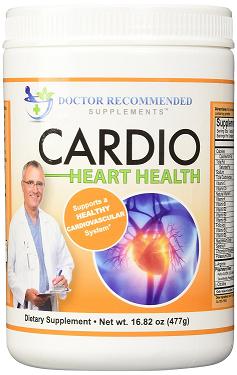 Since coronary artery disease is the most prolific killer of women it is important to address the real issue which is atherosclerosis. There are many factors involved in the development of atherosclerosis and several such as inflammation, oxidized LDL cholesterol, high homocysteine levels and high blood pressure. All can be addressed with a quality heart health supplement.

Cardio Heart Health (a Doctor Recommended supplement) is a comprehensive product formulation that addresses inflammation and inhibits the oxidation of cholesterol with vitamins C and E. It also contain vitamins B6, B12 and folic acid to address and lower homocysteine levels.

Cardio Heart Health also contains L-Aginine that triggers the production of NO (nitric oxide) which according to the Nobel Prize winner Louis Ignarro helps to reverse atherosclerosis. L-arginine also triggers the pituitary gland to produce and secrete more human growth hormone which can be very beneficial as well.