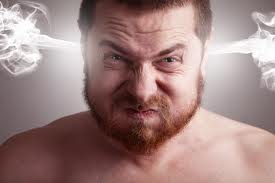 In other words blowing a gasket due to uncontrolled anger, road rage for example, can be the trigger for a fatal heart attack or stroke, especially in those with diagnosed  or underlying heart disease.

Many of us have been victims of uncontrollable anger, rage, when some inconsiderate driver either drives to slow or passes us and cuts us off only to take the next exit 200 feet up the freeway. In fact …

Most of us have seen shows on TV depicting some poor devil falling face first into his bowl of chili after he imploded over some insult or other occurrence. When we see it on the idiot tube we may laugh or chuckle but if it happens to us in real life it is certainly anything but a laughing matter and …

Rage induced medical emergencies happen and they happen more than many of us even the medical community itself suspects. It’s interesting to note that researchers now report that intense road rage or other anger based outburst nearly quadruples the risk of stroke. Rage can also increase the risk of heart attack almost FIVE times normal[1]. 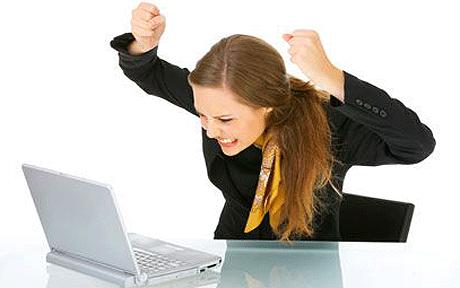 “Based on the totality of the evidence, there is a higher risk of MI, ACS, ischemic and hemorrhagic stroke, and arrhythmia in the two hours following outbursts of anger,” Dr Elizabeth Mostofsky (Harvard School of Public Health, Boston, MA).

“If clinicians ask patients about their usual levels of anger and find that it is relatively high, they may want to consider suggesting either psychosocial or pharmacologic interventions,” senior author Dr Murray Mittleman (Harvard School of Public Health) said in a statement.

Personally I find this information fascinating as well as a little disconcerting since I have a tendency to piss people off. I wouldn’t want to be the underlying reason someone dropped dead.

They also went on to say that beta-blockers, paroxetine, other serotonin-specific reuptake inhibitors (SSRIs), and psychosocial interventions may be helpful to “sever the link between anger episodes and cardiovascular events,” but this all speculation that remains to be determined in future studies. 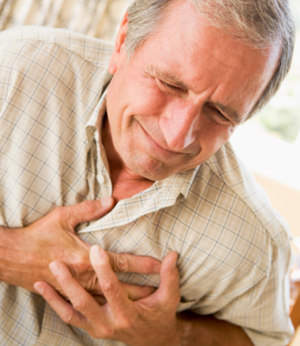 With the previous work tucked inside their arsenal of information they continued to search for more evidence of cardiovascular events following episodes of anger or rage. Doing so revealed nine case-crossover studies. In each the patient was his or her own control.

These studies inspected the effect of anger upon heart attack and acute coronary syndrome (four studies), ischemic stroke (two), ruptured intracranial aneurysm (one) and ventricular arrhythmias (two). Seven of the studies were published between 1995 and 2013. Two others were unpublished. The studies were conducted in the US, Sweden, Israel, England and the Netherlands.

“The results should not be assumed to indicate the true causal effect of anger episodes on cardiovascular events,” the researchers cautioned however …

The studies did indicate evidence that a higher risk of cardiovascular events indeed does exist following outbursts of anger or rage.

The risk of an event following an episode of rage was much higher among individuals who had a high baseline Framingham 10-year cardiovascular disease risk score and the history of frequent angry outbursts. What’s more …

The risk is cumulative. “With increasing frequency of anger episodes . . . transient effects may accumulate, leading to a larger clinical impact,” according to the researchers.

They went on to suggest that since psychological stress increases heart rate, blood pressure and vascular resistance there may be a direct linking mechanism between anger and cardiovascular events.

“While the long-term link between chronic mental stress, anxiety, depression, and hostility and adverse cardiovascular events has been well established, it has been more difficult to determine the short-term risk of an acute outburst of anger,” Drs Suzanne Arnold, John Spertus (University of Missouri, Kansas City), and Dr
Brahmajee Nallamothu (University of Michigan, Ann Arbor) write in an accompanying editorial[3].

The review by Mostofsky and colleagues found a consistent link between anger and acute CHD events, as the authors acknowledge yet …

The combined risk estimates may or may not be completely reliable due to the small number of studies. If one duck dies from a hunters 12 gauge blast that certainly doesn’t mean all 12 gauge blasts are lethal to ducks right? It takes thousands of shot dead ducks for many people to get the picture.

“How to prevent these dangerous episodes,” the editorialists claim to be the real critical question to ask. SSRI’s used to reduce mental stress didn’t perform when it came to reducing cardiovascular mortality after an MI, they noted. “Given the lessons we have learned from trying to treat depression after MI, treating anger in isolation is unlikely to be impactful,” they caution. “Instead, a broader and more comprehensive approach to treating acute and chronic mental stress and its associated psychological stressors is likely to be needed to heal a hostile heart,” they conclude.

The researchers and editorialists report no conflict of interest. The study was supported by grants from the National Institutes of Health.