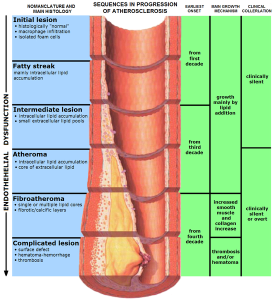 Nobody is going to cure your clogged arteries.

YOU and clogged arterities are an ATM machine.

Big Pharma, mainstream medicine and the FDA are more than aware that natural cures or at least natural remedies for diseases such as atherosclerotic plaque clogged arteries exist and they are also aware that they can not make huge revenues with those non-toxic remedies.

This is EXACTLY why the FDA is cracking down on manufacturers and marketers who promote natural products as alternative remedies for the cash cow diseases (heart disease, cancer, diabetes, arthritis). Let me give you a prime example.

I personally don’t know if the story is true because I wasn’t alive during or right after World War 2 but there are stories online that appear to have some truth about ship painters being given chelation with EDTA for lead toxicity from the lead based paints.  EDTA chelation has been approved for heavy metal poisoning for over 70 years so it works for pulling out toxic metals. The thing is …

Some of the people given EDTA chelation had atherosclerosis – clogged arteries. After a while these patients with clogged arteries noticed they had less angina and other heart disease symptoms. Some began to feel NORMAL again.  However …

I’ll wager YOU never heard about EDTA until maybe a few years ago because EDTA was past the time of patent making it impossible for the drug companies to generate huge incomes.  EDTA and it’s the remarkable results in regards to cleaning clogged arteries were swept under the rug. Then when some doctors started using it to chelate their heart disease patient the medical and drug community came unglued and started persecuting, even prosecuting them and taking their licenses to practice medicine!

In 2010 The FDA attacked those who marketed EDTA saying “These products are dangerously misleading because they are targeted to patients with serious conditions and limited treatment options,” said Deborah Autor, director of the Office of Compliance in the FDA’s Center for Drug Evaluation and Research. “The FDA must take a firm stand against companies who prey on the vulnerability of patients seeking hope and relief.” Read the whole release (the link is no longer valid because of clinical trial proof that edta works so the FDA had to retract it’s press release/warning.

The above action by the FDA was totally bogus. For one thing I searched the net for quite sometime looking for information in regards to EDTA side effects and deaths due to EDTA. The protocol has to be one of the safest remedies on planet earth for cleaning clogged arteries. I found 5 deaths, that’s it, 5 deaths and the possibility of kidney damage when done incorrectly.  All side effects and deaths were due to incorrect IV chelation, one of which was for heavy metal toxicity an approved protocol.  NONE of the adverse effects or deaths were due to ORAL Edta chelation. Yet all of the marketers the FDA hassled were manufacturers of ORAL or rectal suppository type EDTA products.  So when there really isn’t a health threat for ORAL EDTA chelation and very few problems with IV EDTA chelation, especially compared to FDA protocols, why is it do you think the FDA would ban the marketing of EDTA supplements?

The FDA is in the pockets of Big Pharma and you have the U.S. Congress to thank for it because they approved it.

For every drug brought to market the FDA collects a fee from the drug company and the fees are substantial. So the FDA is being PAID to approve toxic prescription drugs. 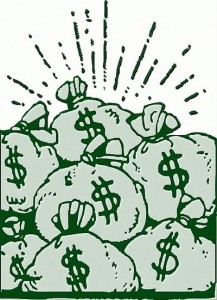 The FDA is NOT your friend. If they were your friend they wouldn’t approve drugs that kill and maim thousands upon thousands of Americans EVERY year. Have you ever noticed the ads on TV? All the side effects? Have you noticed all the ads from attorneys asking for people to call if they have been harmed? IF there wasn’t a real problem those attorneys wouldn’t be spending THOUSANDS of dollars for each 30 second spot!

The above figures are drawn on the year 2004 so they are outdated but they give you the idea of the money that is made by the drug lords and just look at the top 2! Both are cholesterol drugs and combined they represent a 15 BILLION dollar per year revenue!

How many companies can you name that earn 5 to 10 BILLION per year?

How many can you name that earn ONE (1) BILLION per year?

How many companies can you name that earn untold BILLIONS per year with 5 to 10 BILLION in revenue coming from ONE product?

There are many categories of pharmaceutical drugs for the area of heart disease known as coronary artery disease. There are drugs to lower cholesterol and lipids, there are blood thinners, antiarrhythmics and more. The list is long. Then ad in …

Pretty soon you have one huge cash cow from ONE area of heart disease!

Why would anyone kill a MULTI-HUNDRED BILLION dollar cash cow?

The NIH (National Institute of Health) just released, March 2013, the findings of the first decent double-blind study of EDTA chelation for heart Disease patients and who would have thought that EDTA chelation actually works? Read the findings

Soon the drug companies will lobby for the right to patent EDTA, even though it is way past time, and, instead of an infusion costing around $120 each or $2400 for a series of 20 infusions the price will soon be $2400 per infusion. You’ll need to mortgage your home just to get chelated. They’ll have to make up for any loss of revenue from drugs and the surgeons will be tearing their hair out because of lost revenue from bypass surgeries. Anyway …

There is now proof that clogged arteries can be cleaned with EDTA.

EDTA (Calcium Disodium EDTA) is a pharmaceutical grade chelating agent designed to bind and render inactive certain trace metals. With proper use EDTA may eliminate heavy metals from your body. In fact it is approved by the FDA as a protocol for heavy metal toxicity.

The usual IV protocol requires a 4 hour infusion in a doctor’s office set up for chelation patients. You’d sit there for 4 hours, shoot the breeze with other patients, read, sleep etc and then shell out $120 or more for that infusion. It usually takes 20 to 30 infusions for good success which means you’ll shell out $2400 – $3600 plus 120 hours of time!

You may not know this but your colon absorbs medications or in this case a supplement into the blood stream very much like an IV infusion. Doctors give people who have severe nausea and vomiting antiemetics via suppositories because it’s really difficult to puke up a suppository. In this case edta. 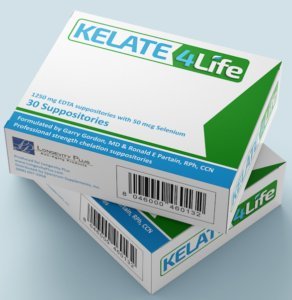 This product is intended to remove plaque throughout the cardiovascular system. Since EDTA may deplete levels of important vitamins and minerals, supplementing your diet with a daily multi-vitamin is recommended. Yes, this means you need at least two products to clean your arteries. One for chelation and the other to replace vital nutrients.

Please note this warning: Anything you choose to do, via information or products found on this website, another blog operated by me or an online email course and or newsletter, you do at your own risk – no exceptions (see “Terms of Service“). EDTA chelation for reversing heart disease and cleaning clogged arteries has worked for others but that does NOT mean it will work for you. IF your heart disease is extremely severe there may be more appropriate choices, and then maybe not. You need to weigh your decisions carefully and choose wisely.