Cholesterol is a soft waxey substance that is found mixing with fats in the bloodstream and all of your body’s cells. It’s so important to bodily function that without it your body couldn’t form membranes, produce hormones or carry on a number of other necessary functions. In fact …

Without cholesterol you and I would die very young because cholesterol is nature’s band-aide and when certain circumstances cause our arteries to crack and leak cholesterol comes to the rescue, plugging the leak. However …

Can high LDL cholesterol concentrations, circulating within the bloodstream, present an increased risk for atherosclerosis, a form of heart disease characterized by plaque clogged arteries?

Neither HDL or LDL is actually cholesterol. Instead they are proteins. So if you want to be absolutely correct in terminology and understanding as to what may cause heart disease it is most likely lipoproteins, specifically low density and VERY low density lipoproteins (LDL, vLDL). However …

According to mainstream medicine and those who sell cholesterol drugs, high LDL Cholesterol supposedly causes heart disease when there is to much of it circulating within the blood stream. LDL cholesterol, the bad cholesterol, can adhere to the artery walls narrowing the passage way thereby decreasing blood flow.

But is that all of the story?

I would hazard to guess it’s not.

Take a few moments to read these:

What That Cholesterol Trial Didn’t Show

What’s Cholesterol Got To Do with It?

Will Cholesterol Pills Save Your Life?

The above articles were just a few I pulled out of my files but if you do enough research to find the truth you may be amazed at what you find. 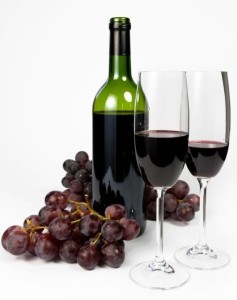 What About the French Paradox?

The French paradox basically has to do with the fact that the French experience a lower incidence of coronary heart disease, eventhough they routinely enjoy a diet rich in saturated fats. The term French paradox was coined by Dr. Serge Renaud, a scientist from Bordeaux University in 1992.

60 Minutes on the French Paradox

60 Minutes aired a segment regarding the French paradox in the United States in 1991 remarking that red wine may possibly decrease the incidence of cardiac disease and almost immediately the consumption of red wine increased 44% with some wineries lobbying for the right to label their products as “health food”. However, not all health researchers agree and so question the validity of red wine being responsible for the French paradox.

According to a review, dietary studies failed to show significant evidence in order to establish a link between consumption of saturated fats and coronary heart disease risk and the discrepancies in data concerning French vs. American diets and disease remain unverified. Also, statistics collected by the WHO from 1990-2000 show that the incidence of heart disease in France may have been underestimated, and may in fact be similar to that of other countries. Hmmm.

Professor Roger Corder and team have identified a particular group of polyphenols, known as oligomeric proanthocyanidins (OPC’s), which they believe offer the greatest degree of protection to human blood-vessel cells. Tests with 165 wines showed that OPC’s are found in greatest concentration in European red wines from certain areas, which correlates with longevity in those regions. The highest concentrations of OPC’s are found in wines from the Tannat grape, grown in the Gers area of southwest France.

OPC’s are present in wine in quantities that seem to be high enough to be significant and Professor Corder states: “Proanthocyanidins are the most abundant flavonoid polyphenols in red wine – up to one gram per litre is found in some traditional style red wines.” and ” …. clinical trials of grape seed extract, which have shown that 200-300 mg per day will lower blood pressure. Two small glasses (125 ml glass) of a proanthocyanidin-rich red wine, such as a Madiran wine from southwest France, would provide this amount …”

Other research suggests that polyphenols in wine reduce the absorption of malondialdehyde, which is implicated in arteriosclerosis, cancer, diabetes and other diseases.

A large majority of research, regarding the French paradox, points to the benefits of flavonoid polyphenols in preventing LDL cholesterol from oxidizing. The strongest of these flavonoids are OPC’s or oligomeric proanthocyanidins and are found in red grapes and red wine however …

Drinking enough quality red wine daily or consuming enough red grapes to get your rightful share would not only be expensive but would either require absorbing maybe to much alcohol or a vast amount of grapes.

The easiest and least expensive way to increase your consumption of flavonoids is to simply take supplements. Flavonoids and OPC’s are super strong anti-oxidants which prevent LDL cholesterol from oxidizing and adhereing to your artery walls when it should not do so, in other words, these powerful free radical fighters will help prevent atherosclerotic plaque formations.

Grape seed extract solves the problem because it contains huge amounts of OPC’s or oligomeric proanthocyanidins. In fact grape seed extract is the most powerful antioxidant known to man and will definitely help with preventing LDL cholesterol from becoming oxidized. Another benefit of grape seed extract is it’s ability to lower blood pressure according to a study done at UC Davis.