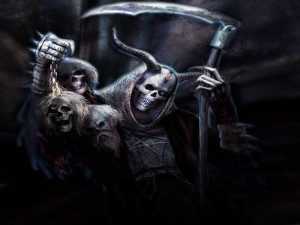 Your doctor drops the statin drugs bomb. He says: “Your cholesterol is high and so is your risk for heart disease. Then goes on, “I want you to start on cholesterol drugs immediately. Statin drugs have proven to be safe and effective, but, should you notice any of these symptoms (hands you a pamphlet) or you expire, please notify Cindy, my nurse.”

Do you bother to ask whether or not statin drugs are the best course of therapy or if there is an alternative option available, or do you simply comply with your doctor’s wishes and take statin drugs?

Where prescription drugs, such as statins, are concerned an informed patient is a safer, healthier, living patient. Always remember they call a doctor’s practice a “practice” for a reason. Don’t settle for being a cholesterol drug guinea pig or an average doctor’s “on the job training” tool. Learn the truth about cholesterol and statin drugs.

There is a side to cholesterol lowering statin drugs that is much darker than simply a few muscle aches and pains – a lot darker. Make sure you discover the real problems statin drugs can cause by watching the video and doing your own research on this blog and other sites as well. Get the truth because it could save your life. Now about the videos …

Robert Kowalski, author of “8 Week Cholesterol Cure” and Doctor Mercola discuss why statin drugs are harmful. Even though statin drugs have killed people due to serious side effects they are still on the market and are prescribed by doctors faster than hotcakes disappear at a free breakfast.

Please note that Niacin supplements, as promoted by Robert Kowalski, are different from the newer pharmaceutical drugs containing Niacin. Niacin in HIGH doses can also cause potentially lethal health problems and when the drug companies deliver the product to the masses it is usually much more harmful than what is available via natural supplements. 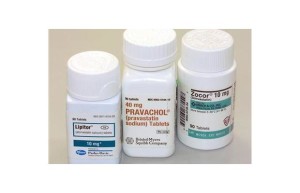 Statin drugs or cholesterol lowering drugs are used to treat people with above normal LDL cholesterol blood levels when lifestyle changes such as dietary restrictions, exercise, smoking cessation and weight reduction don’t seem to get the job done.

Statin drugs are passed out like candy even though they carry considerable risk for unpleasant and even lethal side effects. In fact one statin drug was finally taken off the market in 2001 but only after killing 100 people and injuring 1600. The side effects of statins are downplayed and the benefits embellished.

Cholesterol is manufactured by your liver and statin drugs work by blocking an enzyme called HMG-CoA reductase which is responsible for the body (liver) producing LDL cholesterol.

When a drug is used to “block” the production of something, there is always a consequence (side effects) for that action but drug companies don’t care about the consequences you may experience from using stating drugs to lower your cholesterol.

They care about ONE thing.

Can you guess what that is?

Keep reading for the true answer but here’s a hint: The word starts with an M.

Despite mounting evidence that these drugs are unsafe, there are approximately 12 – 13 million Americans using statins, making it the most widely prescribed class of anti-cholesterol drugs on the market. Unfortunately the list of side effects is quite long. Here some of the side effects caused by statin drugs:

The side effects of statin drugs range from annoying and not fun to – death. Cholesterol has NOT been proven to kill anyone on its own. In fact without cholesterol you would die – period. To much low density lipoprotein, what orthadox medicine calls LDL cholesterol, may be a possible risk factor for atherosclerotic heart disease but in my humble opinion it isn’t the major culprit and scientists with brains far more intelligent than mine share my same thoughts.

If Statin Drugs ARE Unsafe WHY Are They Still Prescribed? 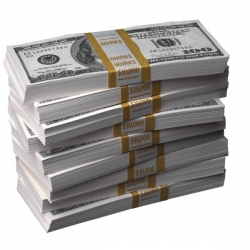 WHY are statin drugs still prescribed?

When you want to know the truth always follow the money and statin drugs along with the cholesterol scare create boatloads of revenue.

ONE statin drug is a super company all by itself.

Statin drugs are one of the most widely-prescribed and lucrative sectors of the pharmaceutical industry, with total revenues exceeding $26 billion in 2008. With this kind of income generation at stake do you really think that Big Pharma is concerned with your side effects and wellfare? And …

Of course you know that big pharma courts doctors like a love struck male courts women don’t you?

Get the REVENUE Picture! 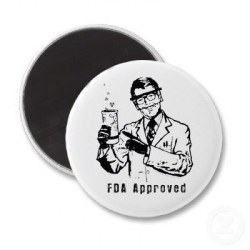 WHY Hasn’t the FDA Stepped In?

Well to be blunt, the FDA is in Big Pharma’s pocket. Big Pharma owns the FDA. Here’s the proof: Prescription Drug User Fee Act and …

Our own U.S. Congress was nice enough to set up and approve everything for the drug lords. So how do the drug companies get their toxic poisons approved?

Just because the FDA approves it doesn’t mean that the drug is safe.

Big Pharma greases the FDA with cash to get approvals. And Big Pharma doesn’t give a damn about your health. They care only about profits. Most FDA approved drugs are simply toxins in disguise. If a new drug happens to kill or maim people no problem. Big Pharma companies simply crunch the numbers and if they still profit after projected personal injury claims and normal expenses that drug gets sent, along with the fee, for approval. When you do enough research it is the only conclusion that makes sense.

Should you use statin drugs to lower cholesterol? That’s a question only you can answer as for me …

It is my personal opinion that the farther one can stay from pharmaceutical drugs, including statin drugs, the better. Drug companies have the uncanny ability to take health remedies that nature provides in a safe or at least less toxic form and create lethal cocktails like statin drugs with the FDA’s blessing. And here’s a site that the drug companies would rather you didn’t visit: Prescription Drug Side Effects