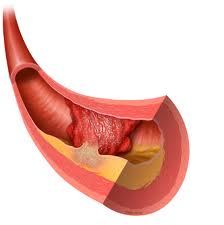 A fit looking man in his 40s or 50s arrives at his doctor’s office for his annual checkup and eventually leaves with a clean bill of health. Soon afterward he drops dead of a heart attack.

Why didn’t his tests show any evidence of impending death?

Cardiologists are increasingly convinced they have discovered the real answer because they are finding evidence that strongly suggests not all the fatty deposits found in coronary arteries are equally prone to trigger heart attacks. Often the smallest, least detectable plaques are the most dangerous because of their life-threatening tendency to burst, triggering the formation of a clot that blocks a blood vessel.

Doctors attending an American College of Cardiology meeting in Atlanta presented data suggesting that as many as 80% of all heart attacks, not just the ones that seem to strike out of the blue, are caused by vulnerable plaque.

To learn more about these deadly deposits and how they are changing the conventional wisdom on what causes heart attacks, let’s look to one of the leading researchers in this field: Dr. Peter Libby, chief of cardiovascular medicine at Brigham and Women’s Hospital in Boston.

Libby and his colleagues compare the cross section of an artery to a doughnut with a hole. The doughnut is the arterial wall and the hole is the space where blood flows. “In the past, we have studied just the hole,” he says. So big plaques that appeared on the verge of plugging the hole looked mighty dangerous and many of them are. But, Libby adds, “it is important to look at the doughnut itself.”

Once doctors do that, they realize that there are two main types of plaque: hard and soft (vulnerable plaque). The soft kind is the most vulnerable to rupturing without warning. But what makes soft vulnerable plaque doubly dangerous is that it doesn’t always protrude into the hole where the blood flows. Instead it is buried in the arterial wall, or doughnut, where it is harder to detect.

Some doctors are experimenting with ultrasound probes, which they thread through the arteries to try to locate this soft, vulnerable plaque. Others are looking at magnetic resonance imaging and other specialized scanning techniques that may highlight the presence of vulnerable plaque.

In the meantime, researchers are focusing on ways to make vulnerable plaque more stable. One promising possibility: the increasingly popular class of cholesterol-lowering drugs called statins, which seem to pull soft plaque out of fatty deposits wherever it is located in the artery, making it less likely to burst. Of course, it never hurts to quit smoking, eat right and make sure your blood pressure is under control, though, if you don’t want your heart to surprise you.

Another avenue that may be used successfully in reversing atherosclerosis and arterial vulnerable plaque is oral chelation with EDTA. It’s extremely cost effective and much safer than other methods. 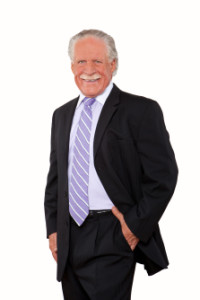 Robert D. Willix Jr., M.D has all the credentials of a highly accomplished physician: an M.D. from the University of Missouri, a residency in surgery at the University of Michigan Medical Center and board-certified cardiac surgeon in South Dakota. He even developed the state’s first heart-surgery program but he gave up surgery because he was fed up with practicing disease-oriented medicine and decided to make the transition to a world of health and preventive medicine. On that fateful day in 1981, he started a cardiac rehabilitation program. He wanted to help people prevent and even reverse heart disease.

I personally bought Dr. Willix’s book and inside (chapter 9, page 151) he talks about what to do when diet and supplements aren’t enough to eliminate symptoms such as angina. “Fortunately, there are two very powerful alternatives. Unlike bypass surgery or angioplasty, these therapies aren’t invasive and involve no hospitalization, sedation or trauma to the body. And, unlike drugs, they are safe and don’t carry the risk of side effects. Best of all, they work.” He goes on to explain that one alternative is EDTA chelation. He talks about IV EDTA chelation but …

IF you are not able to afford $120 per infusion (not covered by insurance at this time) with a normal term of therapy being 20 – 40 infusions with one per month there after to keep your arteries clean and eliminate vulnerable plaque you may want to consider a far less expensive though much slower alternative.

EDTA (Calcium Disodium EDTA) is a pharmaceutical grade chelating agent designed to bind and render inactive certain trace metals. This product is intended to supplement intravenous EDTA chelation for clogged arteries to remove plaque and other mineral deposits throughout the cardiovascular system. Since EDTA chelation for clogged arteries may deplete levels of important vitamins and minerals, supplementing your diet with a daily multi-vitamin is recommended. INGREDIENTS: EDTA (Calcium Disodium) 800 mg DIRECTIONS: 1 capsule two times per day on an empty stomach or as directed by physician.

All One Powder Multiple Vitamins & Minerals for Active Seniors, 2.2-Pound Can